8 Reasons You Should Let Your Daughter Play Pugby 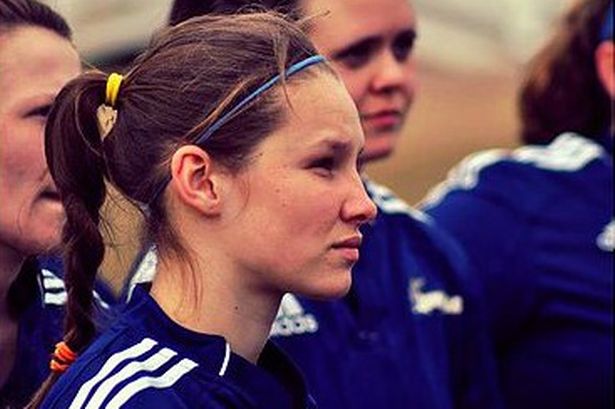 “I would never let my daughter play rugby.”  Those are the eight words that inspired this.

I’ll stick to my promise of not publicly sharing who said it, but here’s a little context for you.

I was talking to someone about my recent rugby injury, a bad concussion. It was really pretty rough when it happened, but thankfully now (about 3 weeks later) I am almost completely back to normal.

The individual was asking me how it happened, and although I have no memory of the event, I told them I likely hit my head on the turf during a tackle.

This is when the person looked me up and down, all 5′ 3 inches of me, and said: “Well that’s why small girls like you shouldn’t play rugby. I would never let my daughter play rugby.” 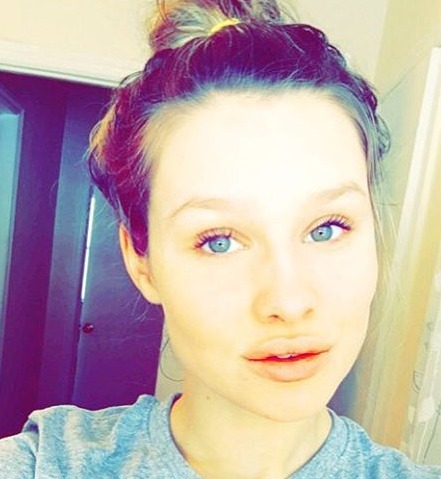 The funny thing about their comment is that it did not make me angry. I was not upset that I was referred to as a “small girl” at 20 years old, nor was I frustrated by the fact that this individual assumed one injury should prevent me from playing this sport for the rest of my life. No, I wasn’t angry on my behalf.

Instead, I felt pity for his poor daughter.

By preventing his daughter from playing one of the most amazing sports on the planet, he was stopping her from having so many incredible experiences. I was saddened by the fact that, due to one uninformed parent, there could be a woman (not a small girl – a woman) out there who would never pick up a rugby ball.

So this post is dedicated to you, the individual who doesn’t want his daughter playing this incredible sport. I hope you read it and reconsider your position after seeing what rugby has done for me and countless other women across the world.

So here are my 8 reasons, one for every word in your statement.

1. She will learn the importance of hard work

A rugby game is 80 minutes long. That’s two 40-minute halves with a very brief break for half time.

Once a player is out they are out for good, so players can’t just come and sit on the bench for a little break and then go back in. Players have to run, tackle, sprint, ruck, scrum, pass, kick, and a whole host of other skills depending on the position.

Learning to play rugby means learning how to work hard, and to always give 110%. If you’re not giving it everything you’ve got, you’re not going to make it through the first ten minutes. Something I learned from my rugby coach is the importance of doing “one more”. Whether it’s one more sprint, one more push up, or holding that plank for one more minute, rugby players are used to doing just one more.

I can’t tell you how many rugby games have been won in the last minute. I take that lesson with me in everything that I do, so if your daughter (the one you banned from playing rugby) loses a promotion to another woman who spent extra hours at the office and gave 110% everyday, don’t blame your daughter. After all, you were the one who kept her from learning this lesson.

2. She will learn how strong and powerful her body is

Take a look at any women’s magazine cover, and you will see messages about the ideal woman’s body type today. “Drop those last 10 pounds!” “How to slim down in just five easy steps!” “How to erase love handles!” And a million other things that can communicate to a young woman that there is something wrong with her body.

Related:  14 Things Being a Female Rugby Player Taught Me

Thankfully, the rugby world is very different to the magazine aisle. It doesn’t matter whether you are 5’2 or 6’1, 100lbs or 150lbs – there’s a position that will capitalize on those strengths. I am 5’3 and therefore while I might not be as tall as some of the other women, I can run twice as fast which comes in handy with my position on the wing.

Learning how to tackle has taught me that no matter your size, you can take anyone down with the right technique. Tackling low and wrapping your arms around the opposing player will take them down, no matter how big they may be. My teammates and I spend too much time practicing tackling form and running through rucking drills to care about if our shorts make our butts look too big.

Too many women go through life not knowing how strong and capable they are, but not rugby players. I am saddened that you’d want to keep your daughter from appreciating her body and the fact that it can sprint, tackle, kick, and do so many amazing things.

3. She will know that she is capable of anything her male cohorts can do 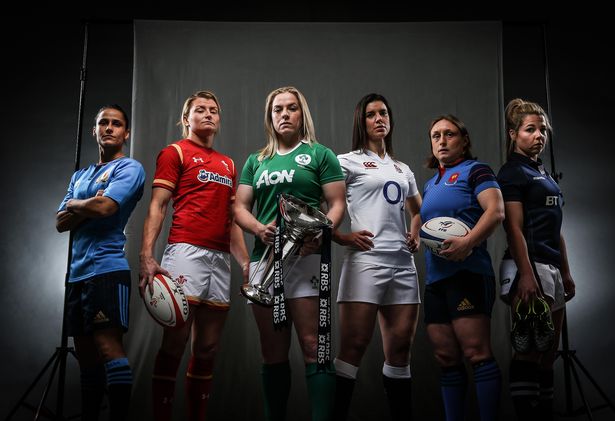 Rugby is one of the few sports that is exactly the same across the board, regardless of gender.

Rugby is a full contact sport for everyone, which means the women are expected to hit just as hard as the men do (and if you don’t believe that they do, go watch a women’s rugby game). 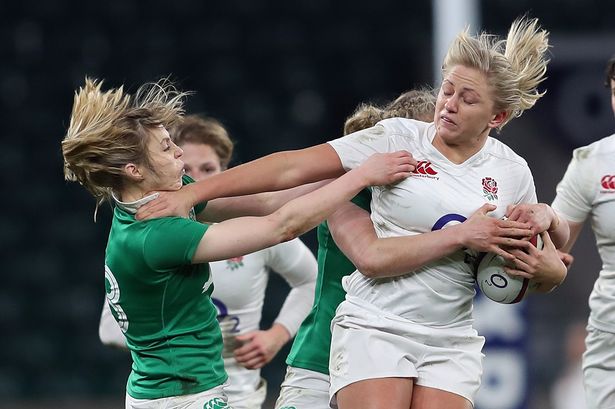 We all play for 80 minutes, and we all play by the same rules. There is not a single difference between the men’s and women’s game, proving to women everywhere that they can do anything a man can do. I can confidently say that if a man is asking for a raise at work and I work just as hard as him, you bet I’ll be in there asking for the raise too. Why? Because this sport has taught me that your gender isn’t the important factor, but rather how hard you’re willing to work for something.

So, sir, if you’re going to allow your sons to play rugby but not your daughter, how will she ever feel that you consider her to be equal to them? I for one know my parents treat my brothers and I equally because they let me play any sport that they did. And guess what, I was better than them at a lot of them too.

Besides, when you’re covered in mud, no one can tell what gender you are anyways!

4. She will learn how to get back up once she’s been knocked down

No matter who you are and how great you may be at rugby, there are going to be times when you get knocked down. You might have run 20 yards and can see the try zone clearly, but then – out of nowhere- the other team’s fullback delivers a tackle that knocks your right off your feet.

In that moment, you have to keep it together. You can’t lie there complaining about how close you were to scoring or how your body hurts a little, you have to regroup.

In those split seconds, you have to either turn and set the ball for your team, pop pass it on the way down, or release the ball and get to your feet to pick it up again.

You have many options, but lying there feeling sorry for yourself isn’t one of them. Rugby has taught me that whether it’s a powerful tackle that left me breathless for a couple seconds, or a head injury that kept me out of the next few games, you always need to get back up. Even if that means staying positive while recovering from an injury, you still have to focus on recovering so that you can get back out there. So, if your daughter has a really rough day, how is she going to have the right attitude to pull herself together and try again tomorrow?

Get back up, you’ve got this!

5. She will experience the incredible feeling of being part of a team

Going into a rugby game kind of feels like going into battle. You are a team, and you have each other’s backs over everything. When your player goes down with the ball, it’s your job to ruck over her and protect both your player and the ball.

There are fifteen of you together on that field, and you have to work as a cohesive unit if you even stand a chance of winning. I am fortunate to call myself a member of the Quinnipiac Women’s Rugby team, and we made history this past weekend as we became National Champions.

When the final whistle blew and we stormed the field, I didn’t feel like a kid with a concussion. Instead, I felt like a warrior sprinting on to the field to embrace my teammates, my family.

We are all in this together, and I felt just as much a part of it on the bench while injured as I did when I was playing just a few weeks earlier. That’s what being part of an amazing team is. Even when you’re not playing, you are just as emotionally invested because those are your teammates out there. Few teams get to experience that intense bond, because few teams are playing a full contact sport like rugby.

So, by keeping your daughter out of rugby, you are keeping her from creating an irreplaceable bond with other women that is truly indescribable to those who don’t play this sport. Is that really something you want to keep your daughter from?

6. She will respect others, regardless of their decision

There are moments in a rugby game when the referee makes a call you disagree with. Maybe you hit the ball backwards but the ref called a knock on, or possibly you held the ball up in the try zone but they insist the other team scored. It’s just the way it goes.

Unlike some other sports out there, you can’t talk back to the referee. You can’t scream at the ref, get up in their face, and demand that they change their call.

This kind of behavior is not tolerated in rugby, and can result in a penalty, a yellow card, or possibly even a red card. Only one or two players are allowed to communicate with the ref, and even then it is in a polite and respectful manner.

There may be times when you just want to yell at them, but you have to keep your cool. That’s an extremely important lesson to learn as you will undoubtedly come across scenarios in the future when all you want to do is scream at someone, but you have to remember to control yourself. So, if your daughter is in a heated argument with another individual, how are you going to teach her to remain calm and respectful instead of escalating the argument and responding in an aggressive manner?

7. She will learn to deal with disappointment